1. What are two factors that must be considered when choosing a computer case? (Choose two.)

the size of the monitor

the speed of the memory

the number of internal drive locations*

the size of the motherboard and the power supply*

the number of LED indicators at the front of the case

3. What electrical unit refers to the number of electrons moving through a circuit per second?

4. What characteristic of electricity is expressed in watts?

the amount of work required to move electrons through a circuit

the resistance to the flow of current in a circuit

the amount of electrons flowing through a circuit per second

5. Which type of memory is primarily used as cache memory?

6. Refer to the exhibit. Which type of adapter is shown? 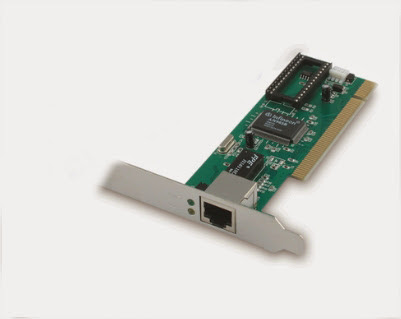 7. Which component controls the communications and interactions between the CPU and other components on the motherboard?

8. Which two activities are normally controlled by the Northbridge part of the chipset? (Choose two.)

communication between the CPU and the I/O ports

communication between the CPU and the hard drive

communication between the CPU and the sound card

9. Which unit of measurement is used to indicate the hard drive speed?

10. Which type of interface was originally developed for high-definition televisions and is also popular to use with computers to connect audio and video devices?

12. What is indicated by the contrast ratio of a monitor?

how often the picture image is refreshed

the total number of pixels that make up the picture

13. What type of connector can be used to connect an internal hard drive to the motherboard?

14. Which two factors must be considered when replacing old RAM modules in a PC? (Choose two.)

The new RAM must be compatible with BIOS or UEFI.

The new RAM must be compatible with the motherboard.*

The speed of the new RAM must be supported by the chipset.*

The power supply must provide the voltage that is requred by the new RAM.

The new RAM must match the old RAM in terms of capacity and speed.

15. Which term is used to define the wires on a motherboard that move data from one part of a computer to another?

16. When a new PC is being built, which component has the most influence when selecting the case and power supply?

17. What is the function of the power supply?

to convert AC power into a lower voltage DC power*

to convert AC power into a higher voltage DC power

to convert DC power into a lower voltage AC power

to convert DC power into a higher voltage AC power

18. Which two considerations would be of the greatest importance when building a workstation that will run multiple virtual machines? (Choose two.)

19. A user playing a game on a gaming PC with a standard EIDE 5400 RPM hard drive finds the performance unsatisfactory. Which hard drive upgrade would improve performance while providing more reliability and more energy efficiency?

20. What three components should be included in a computer that is used to create TV commercials and music videos? (Choose three.)

21. What are two hardware requirements for computers that will be used to run multiple virtual machines? (Choose two.)

22. Which memory technology allows two memory modules to be accessed at the same time?

23. Which security feature in modern CPUs protects memory areas that contain part of the operating system from malware attacks?

24. Drag the description on left to its RAID level on the right.

25. Match the ports or cables with their descriptions. (Not all options are used.) 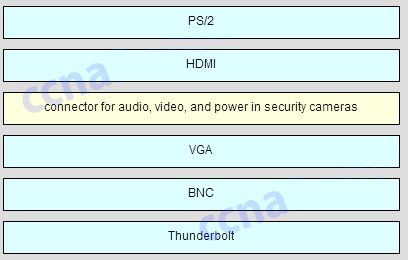