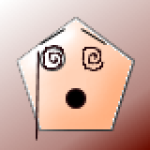 1. What is the behavior of a switch as a result of a successful CAM table attack?

The switch will forward all received frames to all other ports.*

The switch will shut down.

The switch will drop all received frames.

The switch interfaces will transition to the error-disabled state.

2. What network attack seeks to create a DoS for clients by preventing them from being able to obtain a DHCP lease?

3. Refer to the exhibit.

Which interface on switch S1 should be configured as a DHCP snooping trusted port to help mitigate DHCP spoofing attacks?

4. When using 802.1X authentication, what device controls physical access to the network, based on the authentication status of the client?

the switch that the client is connected to*

the router that is serving as the default gateway

5. What device is considered a supplicant during the 802.1X authentication process?

the client that is requesting authentication*

the router that is serving as the default gateway

6. What is a drawback of the local database method of securing device access that can be solved by using AAA with centralized servers?

There is no ability to provide accountability.

It is very susceptible to brute-force attacks because there is no username.

The passwords can only be stored in plain text in the running configuration.

User accounts must be configured locally on each device, which is an unscalable authentication solution.*

PC1 and PC2 should be able to obtain IP address assignments from the DHCP server. How many ports among switches should be assigned as trusted ports as part of the DHCP snooping configuration?

10. Which protocol defines port-based authentication to restrict unauthorized hosts from connecting to the LAN through publicly accessible switch ports?

11. What are three techniques for mitigating VLAN attacks? (Choose three.)

Set the native VLAN to an unused VLAN.*

An NMS periodically polls the SNMP agents that are residing on managed devices by using traps to query the devices for data.​

A get request is used by the SNMP agent to query the device for data.​

An SNMP agent that resides on a managed device collects information about the device and stores that information remotely in the MIB that is located on the NMS.​

A set request is used by the NMS to change configuration variables in the agent device.*

13. A network administrator is analyzing the features supported by the multiple versions of SNMP. What are two features that are supported by SNMPv3 but not by SNMPv1 or SNMPv2c? (Choose two.)

14. Which protocol or service can be configured to send unsolicited messages to alert the network administrator about a network event such as an extremely high CPU utilization on a router?

15. What is the function of the MIB element as part of a network management system?

to store data about a device*

to collect data from SNMP agents

to change configurations on SNMP agents

17. What are SNMP trap messages?

18. A network administrator issues two commands on a router:

What can be concluded after the commands are entered?

No traps are sent, because the notification-types argument was not specified yet.

If an interface comes up, a trap is sent to the server.*

The snmp-server enable traps command needs to be used repeatedly if a particular subset of trap types is desired.

What can be concluded from the produced output?

An ACL was configured to restrict SNMP access to an SNMP manager.*

This is the output of the show snmp command without any parameters.

The location of the device was not configured with the snmp-server location command.

A SNMP manager has IP address 172.16.1.120. The SNMP manager is unable to change configuration variables on the R1 SNMP agent. What could be the problem?

The ACL of ACL_SNMP has not been implemented on an interface yet.

The SNMP agent should have traps disabled.

The SNMP agent is not configured for write access.*

Router R1 was configured by a network administrator to use SNMP version 2. The following commands were issued:

Why is the administrator not able to get any information from R1?

The snmp-server community command needs to include the rw keyword.​

There is a problem with the ACL configuration.*

The snmp-server location command is missing.​

It adds a new user to the SNMP group.*

It forces the network manager to log into the agent to retrieve the SNMP messages.

It uses the MD5 authentication of the SNMP messages.*

It allows a network administrator to configure a secret encrypted password on the SNMP server.

23. Which statement describes the RSPAN VLAN?

The RSPAN VLAN must be the same as the native VLAN.

The RSPAN VLAN can be used to carry secure traffic between switches.

The RSPAN VLAN can be used for remote management of network switches.

The RSPAN VLAN must be the same on both the source and destination switch.*

24. Which statement describes the function of the SPAN tool used in a Cisco switch?

It supports the SNMP trap operation on a switch.

It provides interconnection between VLANs over multiple switches.

It is a secure channel for a switch to send logging to a syslog server.

It copies the traffic from one switch port and sends it to another switch port that is connected to a monitoring device.*

Based on the output generated by the show monitor session 1 command, how will SPAN operate on the switch?

All traffic transmitted from VLAN 10 or received on VLAN 20 is forwarded to FastEthernet 0/1.

All traffic received on VLAN 10 or transmitted from VLAN 20 is forwarded to FastEthernet 0/1.*

Native VLAN traffic received on VLAN 10 or transmitted from VLAN 20 is forwarded to FastEthernet 0/1.

Native VLAN traffic transmitted from VLAN 10 or received on VLAN 20 is forwarded to FastEthernet 0/1.

Which command or set of commands will configure SW_A to copy all traffic for the server to the packet analyzer?